Nothing short of a miracle! Part 2

Julia Fisher continues with the story of Zvi Randelman, pastor of Beit HaYeshua, a new congregation that has emerged from the ashes of once broken lives.

It takes supernatural levels of vision and energy to work with men addicted to drugs and alcohol and stay with them until the power of addiction is broken and they are set free to discover the destiny that God intended for them.

For Zvi Randelman this has been his passion for the past few years, ever since he heard God calling him to start a drug rehab centre for men in down town Jerusalem – a centre for both Jews and Arabs. He has since witnessed scores of former addicts coming back to life and health and finding faith in Yeshua on the way. And we’re talking about men who had been addicted for years and years. Men who had spent more years in prison than out . Men who were more dead than alive when Zvi brought them to Beit HaYeshua. Some came from a Muslim background; others from an Orthodox Jewish background. All were thrown together by the very thing that had sought to destroy their lives and all are now united in their common faith in the God of Abraham, Isaac and Jacob and His Son, Jesus of Nazareth.

But what do you do with these men once they are cured? And how do you introduce addicts in a rehab programme, men who have recently become believers in Yeshua, into the life of a congregation? Zvi found the most effective answer to both those questions was to start a congregation specifically for such people.

But, you might think, recovering addicts are unreliable people, prone to backslide. Zvi’s answer to that attitude would be to say, that’s precisely why they need people around them who are strong in faith and who will support them and understand them and help them along on the journey. Zvi is convinced that the only effective way to cure an addict is for the power of the Holy Spirit to come into that person to cleanse them of their old habits and fill them with new life. He is radical because he believes that’s the only way. And actually, he’s proved it.

In November 2008 I went to a meeting at Beit HaYeshua. In a small room in an industrial area of Jerusalem, Zvi stood and led his congregation as they worshipped the Lord together. There must have been over a hundred people there, packed in like sardines in a tin. The people leading worship were former drug addicts and their enthusiasm to worship was extremely moving and challenging. Zvi invited one or two to give their testimony. There was no reluctance to do this. These men knew they had been snatched from the jaws of death. Jew and Arab stood side by side and spoke about their new life in Yeshua.

Zvi knew then he would need to find another meeting place for his growing congregation. By now, others in Jerusalem were joining and although his emphasis was always going to be to provide a congregation that understood the needs of former drug addicts, he welcomed all who came to Beit HaYeshua.

In February 2009 I was again in Jerusalem and Zvi invited me to go and see somewhere he had found to re-house his growing congregation. Situated in a shopping mall not too far from the original meeting place, we climbed two flights of stairs and peered into the empty shell of a half finished ‘area’ that had the potential to provide a large meeting room with a series of smaller rooms alongside. One side was exposed to the wind and rain that was lashing down that day. ‘Can you imagine it with the windows in the partitions put up?’ Zvi asked enthusiastically. ‘We can do all the work ourselves.’

So what follows is the story of how this empty area has been transformed by Zvi and the recovering drug addicts from Beit HaYeshua, into what is now, just a few months later, a superb meeting place for this growing congregation where lives are being restored as people are finding their Messiah.

This has been and still is, a huge challenge for Zvi. It has been a walk of faith. He can testify that every step of the way God has blessed this project. But the vision God has put in his heart is for Beit HaYeshua to go on growing in influence and be able to help many more people because the needs are so great. Drug and alcohol addiction in Israel, amongst both Jews and Arabs, is a major problem and centres run by believers like Zvi Randelman, are seeing impressive results. 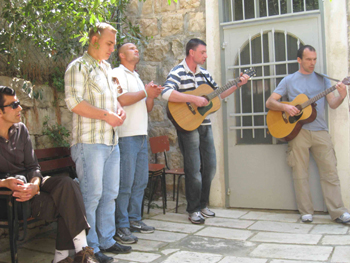 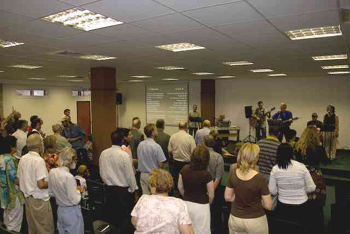 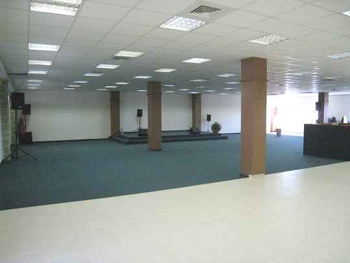 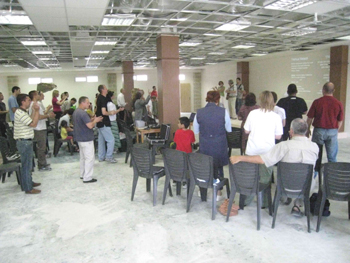 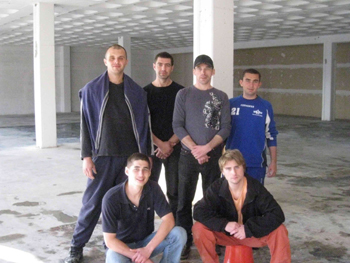 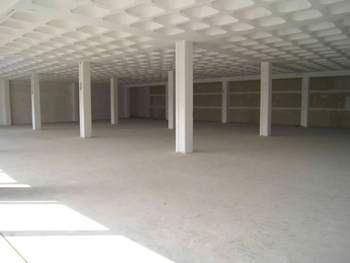 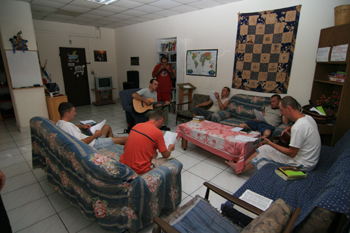 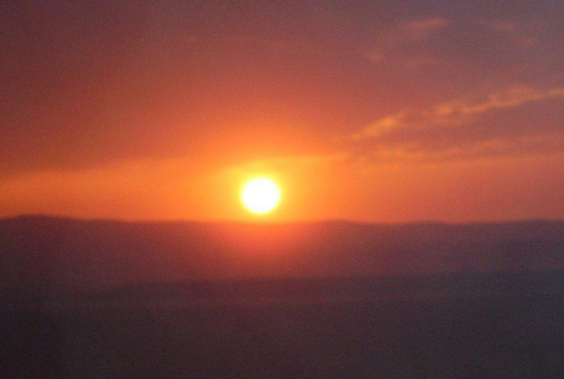 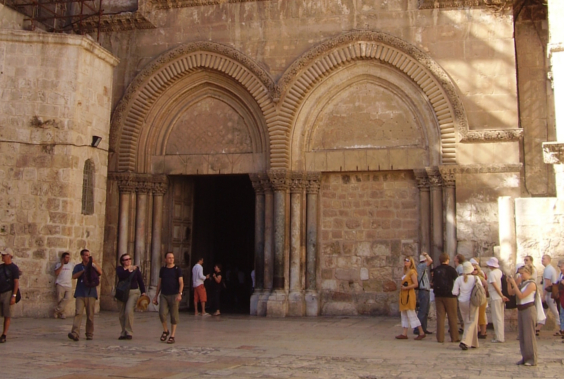 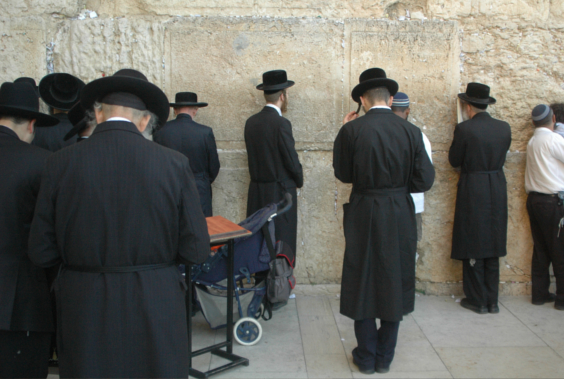 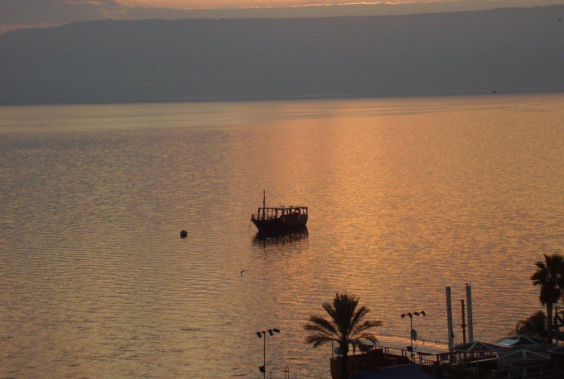 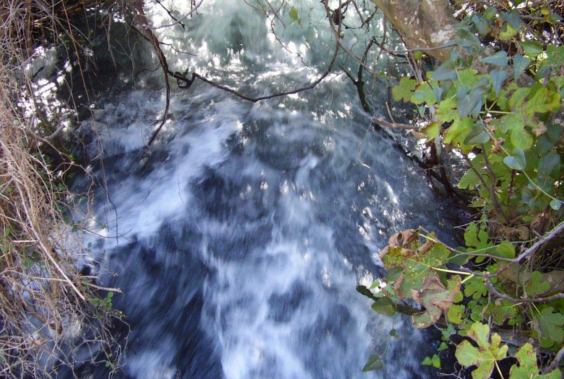 Where do we fit in?

You may have read this article and be left wondering where we fit into the story that is unfolding in Israel and the Palestinian Areas today; the story of what God is doing there. Can congregations like Beit HaYeshua manage on their own? Zvi has never asked for money. He prays and God answers. I believe that what is happening in Israel today is very close to the heart of God, especially when it involves reconciliation between Jew and Arab. I have seen how much need there is in Israel and the PA and I know we can encourage the believers there by our generosity.

The Olive Tree Reconciliation Fund supports people like Zvi Randelman so if you would like to give a donation, please send your cheque (made out to ‘The Olive Tree Fund’) to Julia Fisher, Director, Olive Tree Reconciliation Fund, PO Box 850, Horsham, RH12 9GA. For more information about the OTRF please visit www.olivetreefund.org and if you would like to receive our newsletter please either write to the address above or email enquiries@olivetreefund.org


To send a donation please visit our donations page.

"For he himself is our peace, who has made the two one and has destroyed the barrier, the dividing wall of hostility, by abolishing in his flesh the law with its commandments and regulations."
Ephesians 2:14 - 15

"I have other sheep that are not of this sheep pen. I must bring them also. They too will listen to my voice, and there shall be one flock and one shepherd."
John 10: 16

"This mystery is that through the gospel the Gentiles are heirs together with Israel, members together of one body, and sharers together in the promise in Christ Jesus."
Ephesians 3:6

"He came and preached peace to you who were far away and peace to those who were near. For through him we both have access to the Father by one Spirit."
Ephesians 2:17 - 18

"His purpose was to create in himself one new man out of the two, thus making peace, and in this one body to reconcile both of them to God through the cross, by which he put to death their hostility."
Ephesians 2:15 - 16