How important is the Book of Daniel? Remember that Jesus/Yeshua specifically mentioned Daniel the Prophet when He was telling His disciples about the signs of the end of the age before He would return to establish the Messianic Kingdom. (Mt 24; Mk 13) The Book of the Revelation also often references what is written in Daniel. This should tell us something how important Daniel is for our learning and preparation. Also remember that at the end of the book, Daniel is told to seal it until the time of the end. So now, we are living in the generation that can understand it more accurately and fully.  Yeshua gave the fig tree (national Israel) as the time marker for the last generation that would lead up to His glorious return.  Israel is currently about to celebrate its 72nd Independence Day.  Let us not take Daniel’s book lightly.

Nebuchadnezzar was the King of Babylon who began to take Judah (the Jewish people), the southern kingdom of Israel, into captivity in ~ 606BC; and in 586BC, on Tisha b’Av (the 9th of the Fifth Month, called Av), he burned down the Temple that was built by King Solomon about 400 years earlier, and he took the vessels of God’s House to Babylon.

In Ch 1 we learn that YHVH God is sovereign; He is holy; and, He is the Helper in trouble, especially for those who honor Him and obey Him with faith in Him and in His covenant. In chapter 2, from verse 4b, the book switches from Hebrew and is written in Aramaic until the end of chapter 7. We discussed this in our overview of chapter 2.

Dan 2:1-13  Early in Nebuchadnezzar’s reign he had dreams which greatly troubled his spirit. He could not sleep. He called the wise men of Babylon, i.e., the spiritist wise men, the witches and magicians, the leading practitioners of the religion of Babylon. The King wanted them to tell him his dream and what they meant. In his mind he knew what he had dreamed, but he wanted to know the meaning of it, he was so disturbed. 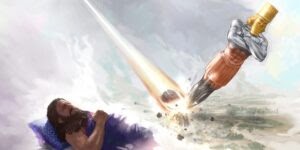 These religious (superstitious) “wise” men of Babylon told the King to tell them what he had dreamed, and then they would tell him what it meant. He was adamant in insisting that they tell him what he dreamed, and then he would know that they could tell him its meaning. It was so troubling to him that He threatened them with extremely cruel punishment if they could not tell him, and he tempted them with special gifts and honor if they could. They knew that they could not, and claimed that no one could but the gods, and they do not live among men.  (We do have a God who dwells among men: YHVH, the God of gods, has come in the person of Yeshua the Messiah/Jesus Christ in order to redeem and save sinners; and He is coming again to dwell among His redeemed people Israel, and multitudes from other nations, forever!)

The King understood that these “sages” were buying time and simply wanted to tell him what they thought that he wanted to hear, only good and pleasant things. (1Kg 22:6-28)  He realized that they were all false religionists, and false priests and prophets.

Whether this great and cruel king was thinking that there is no real God, and that he would just become as if he were God, or whether he was truly seeking to know if there is truly a God worthy of worship, I can not say.   But he concluded that the gods and the religion of Babylon were fakes and worthless, and he ordered that all of the priests and prophets of Babylon be put to death. Daniel, and his three friends, Hananiah, Mishael, and Azariah, were also among those considered as the wise men, for they, too, had been taught and prepared for serving the king in this capacity.

v 14-19  Daniel, with humble wisdom and tact (note: we need to learn from Daniel and know how to approach and speak with those in power and authority over us, who have the power of the sword), asked the captain of the King’s guard what was going on, and why it was so urgent. Daniel did not run to Arioch angry and shouting at what was happening; neither did he go shaking and quivering with fear.  He was in control of his spirit as one who knows his Helper in trouble.  When Arioch told him, Daniel asked the King for time, and he would give him the interpretation. Daniel shared the matter with his three friends, and they sought the mercies of the God of Heaven to reveal this secret, so that they would not be killed with the rest of the wise men of Babylon. God gave Daniel a night vision with the knowledge of the dream and its solution. Then Daniel blessed the God of Heaven.

v 20-23  Daniel begins by blessing the name of God forever and ever. He is sovereign over times and seasons, and establishes kings and removes them. He is the revealer of secret things, and gives wisdom and knowledge to those who seek. The darkness is as light to Him; nothing is hidden from Him. Daniel thanks and praises the God of his fathers, who has answered his prayer to make known to him regarding the King’s demand. (God made known to the Apostle Paul the mystery of the gospel, which also remains in force until the end of the age, just as do the Gentile kingdoms of this world.)

v 24-26   Daniel goes to Arioch, who was sent to kill the wise men of Babylon. Daniel tells him not to kill any more, and to take him to the King. Arioch quickly took Daniel the Jew to the King, and told him that he could make known what the King dreamed. The King asked Daniel, called Belteshazzar, if he could do so.

The one, true, living God was there at that very time to reveal the visions in the head of the most powerful king, and the interpretation of it. YHVH God was there through the person of Daniel. There are billions of people today who are fearful of death and of the future. God is also in us to be His instruments of grace and truth to those who need to know what the Word of God and the Holy Spirit have made known to us, that they might repent and be saved.  We are ambassadors of His Kingdom, and of Jesus/Yeshua the King of all kings.  (Acts 17:22-31)

We are set for the revelation of one of the most amazing prophecies in the Bible! It has streamed and reverberated down through history since that time, and its fulfillment is at not far off!   Even so, come, Lord Jesus! 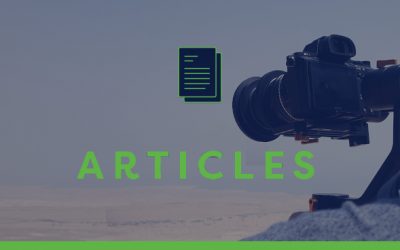 Whose news are you watching? – Julia Fisher reports on her recent visit to Israel

Whilst millions read, hear and watch secular news reports, unlike other journalists I feel challenged to report on what God is doing in Israel and...

END_OF_DOCUMENT_TOKEN_TO_BE_REPLACED 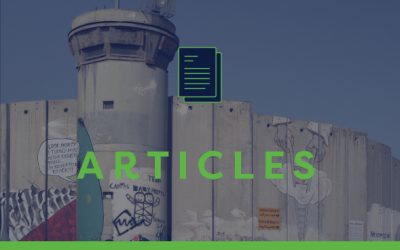 The Berlin Wall, or what’s left of it, has been in the news recently as we remembered how 20 years ago the wall fell. It all happened so quickly –...

END_OF_DOCUMENT_TOKEN_TO_BE_REPLACED

What is God doing in Israel today? … or is that a naïve question?

Julia Fisher describes some of things she saw and heard whilst meeting believers in Israel and the West Bank recently “But what about the politics?”...