Meeting a former Muslim in the West Bank, by Julia Fisher

It is said that every person who lives within the borders of Israel (including the West Bank) has a story to tell.  This tiny country, the size of Wales, is home to a diverse population. Yes, the majority are either Jewish or Arab. But within those two people groups are further sub groups which need to be properly understood, especially by Christians in the West who purport to pray for ‘Israel’.

This article features the story of an emerging group of people living in the West Bank little is known about because it is too dangerous for them to disclose what has happened to them. They are former Muslims who have turned their back on the religion they were born into and instead embraced the God of Israel and become believers in Jesus.

Recently I travelled into the West Bank to meet ‘A’. We drove to an area of ‘no man’s land’ to meet a former Muslim who had become a believer in Jesus. ‘A’ lives in a town that is entirely Islamic, where no Jew is permitted to enter for fear of their life, where schools follow a rigid Islamic curriculum imposed by the Palestinian Authority where children are taught to hate Jews and desire martyrdom; forced to follow an idealogy that is isolating, cruel and destructive.

A few years ago, a Christian man drove into the town where ‘A’ lives with a box of books in Arabic that were immediately grabbed by a curious crowd of men.  Who was this man? I cannot tell you. But I can tell you that he left his mobile phone number in each book before hurriedly driving away before the crowd realised the books they were taking were Bibles – forbidden books.

‘A’s’ brother was one of the Muslim men who grabbed a Bible that day. When he opened the book he could hardly believe what he was reading. The person of Jesus and His teaching had an immediate impact on him and he called my friend, the man who had given away the Bibles.

‘A’s’ brother became an enthusiastic believer in Jesus. However, the Palestinian Authority police soon heard about this and he was arrested, imprisoned and badly tortured.

Undeterred, ‘A’ became a believer in Jesus. As we listened to his story, this is what he described.

“My brother became an evangelist. He told many people about Jesus before he was arrested. He gave me a Bible and as I read it, I saw the truth of what Yeshua said. I knew my thinking and behaviour was changing. I knew I had found the way of truth. The Spirit of God spoke to me.

Islam is forced on us from birth. I didn’t choose to be a Muslim but I did choose to become a believer in Yeshua.  I like the difference … it’s my choice to accept His invitation to ‘come’ and believe in Yeshua; He doesn’t force Himself on us.

Am I afraid? Yes, I am very afraid about what will happen. I’m not afraid of dying because God is with me, but I am afraid of what will happen if things come out into the open. I feel very responsible for the group of people I shepherd to make sure they stay safe and stay alive. My brother is no longer here, so I am in charge and I have only been a believer for three years. I believe the growth in the number of Muslims becoming believers will continue but we have to be careful about who we talk to and where we go in order to keep people safe.

There are many ex-muslims in my group who became believers through a dream.

One lady who has four children accepted Yeshua after having a dream when the Lord spoke to her reassuringly and said, ‘Don’t be afraid, I will take care of you. Nothing will happen to your children.’

I know there are now over 300 believers in our town. We meet secretly in very small groups.  The majority do not know each other; we have to keep it that way because of security so that if something happens not everybody is affected or even aware.

My wife and I read the Bible together but at present it would be too dangerous to tell our younger children about Yeshua because they would not be able to keep it a secret and would put all our lives at risk.

My views towards Israel and the Jewish people changed when I became a believer. Now I pray for them.”

Touches: Hearing the Word of God

Author: Ofer Amitai, Messianic pastor Jerusalem and Director of Israel Prayer Centre     Hearing the Word of God. Mark 4:9 And He said to...

END_OF_DOCUMENT_TOKEN_TO_BE_REPLACED 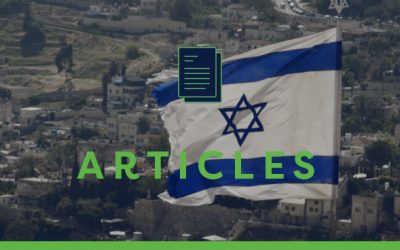 A Prayer guide for “ Such a time as this”

Author: Ofer Amitai, Messianic pastor Jerusalem and Director of Israel Prayer Centre     Below are notes from the latest prayer meeting...

END_OF_DOCUMENT_TOKEN_TO_BE_REPLACED

Author: Ofer Amitai, Messianic pastor Jerusalem and Director of Israel Prayer Centre     What right has my beloved in my house, when she...