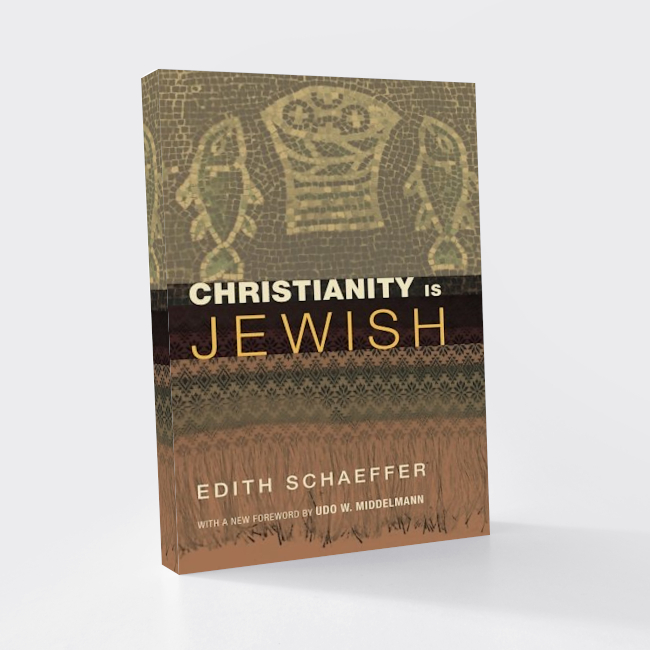 To those who have not come across her work before, Edith Schaeffer and her husband founded L’Abri Fellowship in Switzerland in 1955. She wrote several books on family, homemaking, L’Abri, Christian living and multiple other subjects.

There are many books written about Christianity and its Jewish origins and roots. Christianity is Jewish is not the most recent of such books; it was first published in 1975.

In the first chapter Edith Schaeffer writes of meeting a reporter, a dentist and his daughter, a student, a foreign news editor and a surgeon, all Jewish, from different parts of the world, in different parts of the world asking honest, difficult and painful questions: “Why, oh why, does my son have to be a Jew?”; “ Why hasn’t someone told me this before?”; “Why then haven’t the Jews accepted this person, the one described in Isaiah as the Messiah.”; “Tell me, what is it you believe. Is this a new religion?”; “Why would Jews remain Jews in an alien culture for centuries and make the effort and sacrifice of going to an unknown land because of some remote tale handed down?”

Edith Schaeffer answers their questions with sensitivity, gentleness and conviction by giving “a birds eye view of the bible”. This book is that and more. She writes in a chatty, informal way using delightful phrases such as “swooping down”, “hovering over” and “flying down”, quoting and explaining biblical events to point to Jesus the Lamb of God from Genesis to Revelation. We read about His Story to us, God’s love and mercy and Abel’s lamb to the Lamb seated on the Throne, who will come again to judge the world.

You may want to read this book alongside your preferred translation of the bible as all the bible quotations and extracts are from the King James version.

Edith Schaeffer writes “People act as if Christianity is a new religion which just sprang up two thousand years ago, but it is not new, it is simply a continuation. It is a fulfilment. It is a next step. It is the proof that the covenant with Abraham is true. It is Jewish.”